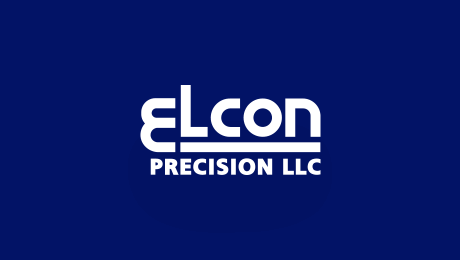 The excitement of reaching and exploring space unites us all.  It comes from our natural curiosity to better understand who we are and our role in the universe.  Who doesn’t get excited by the countdown preceding the spectacular ground launch of a space vehicle?  In August 2020 we were all amazed by the phenomenally successful manned SpaceX launch of their new Dragon spacecraft, using Falcon 9 thrusters, to the International Space Station. We are at a great time in history for space technology, now that commercial companies like SpaceX, Blue Origin, Momentus, Orbital Sciences, and Aerojet Rockedyne collaborate with NASA and ESA to build and launch space vehicles.  Combine that with private sector contributions of improved energy storage technologies, compact circuitry, and advanced ceramic materials, space exploration technology will evolve rapidly over the next 10 years.

My personal interest in space flight and exploration came from my father.  My twin brother Ken and I would sit with him on many evenings to eagerly peruse his astronomy textbook from college - ironically it had only 8 planets in it. We would talk about our solar system and the physics of space and often use our telescope to view the planets.  Ken and I got the model rocket bug at the early age of 10 and were launching rockets from our cul-de-sac using our Dad’s VW Rabbit’s car battery.  We would save up our allowance to purchase toy store kits from Estes that used solid rocket engines.  We would then build these rockets and launch them from an injection molded plastic tripod structure made to look rugged.  There are many ways to scrub a launch, and we learned a lot from our trials. The more launches, the better the chance of success. In the first year of the hobby, we lost more of our launched rockets than we recovered.

After a year of using commercial rocket engines, Ken and I wanted a more powerful one, exceeding the thrust and duration capabilities of the toy store D-series engines.  So, we decided to build one from scratch.  Working with some other rocket hobbyists, we repurposed a pellet rifle carbon dioxide gas cylinder to be the foundation of our own custom engine.  We then used a combination of ground up solid rocket engine material, clay, and metal powders to create an energetic propellant.  We then filled our engine, which looked like a bomb, with this material and glued it onto one of our larger Estes rockets called Big Bertha.  The experimental rocket looked awesome and we were extremely excited to launch it.  The next day we brought it out to the baseball diamond of our elementary school for its inaugural mission, our version of Cape Canaveral.  Ken and I were diligently constructing the launch site and setting up the electronics when we were interrupted by a Petaluma police officer, asking us what we were up too.  Ken and I were always honest, and we told him we were launching an important but “High Risk of Failure” experimental rocket.  Lucky for us, this was 1978 and not 2020; where were my parents?

Estes Big Bertha, before launch. A likeness of the rocket Ken and I built.

Instead of stopping two 11-year old boys from doing something obviously dangerous, he asked if he could actually help us by clearing away the children in the proximity of the launch site for enhanced safety (75 meters).  He sprang into action shooing away others, and instead of reducing spectators, his actions appeared to attract a large crowd of observers. With the crowd watching, us nervous and laying low to the ground about 25 feet from the rocket, we counted down our launch.

I pushed the launch button, the igniter light flashed on, then dead silence.  It was like the world stopped for 2 seconds.  The silence was then broken by the largest explosion I had ever heard at the time. We looked up and all that was remaining of the launch pad and rocket was a large black scorch mark and bits of singed cardboard.   There was a disappointing verbal reaction and then a loud cheer from the crowd.  We thought we failed, but this is the inherent risk in space technology development: Any experiment that teaches you something, and does not hurt you, is a success.

That ended our rocket engine program.

Stay tuned for next month’s blog when I’ll review a few of the many exciting products we make that are dedicated to space flight and exploration.